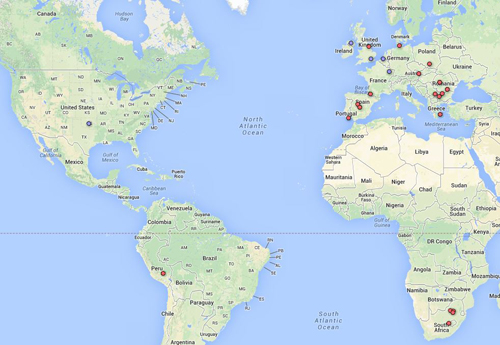 Thanks to the European Geosciences Union funding I’m a Geoscientist. For the latest updates on the event, follow @ImAGeoscientist, and @EuroGeosciences on Twitter.

Let’s take a look at the schools and scientists taking part this June in the Earth Zone!

“My work deals with investigating the role of weathering and erosion of Himalayan rivers, sediments and rocks and its effects on climate change and tectonics.”

“I am a seismologist and science communicator, who combines music and earthquakes.”

“I study how mountains and earthquakes form at the boundaries of tectonic plates.”

“I am studying waves deep inside the ocean. These waves are probably (we don’t know yet!) responsible of many processes in our oceans and climate, but also in the interior of stars and far away planets, where exactly the same kind of waves exists.”