Our second I’m a Geoscientist event goes live for two weeks from 9th to 20th March 2015. 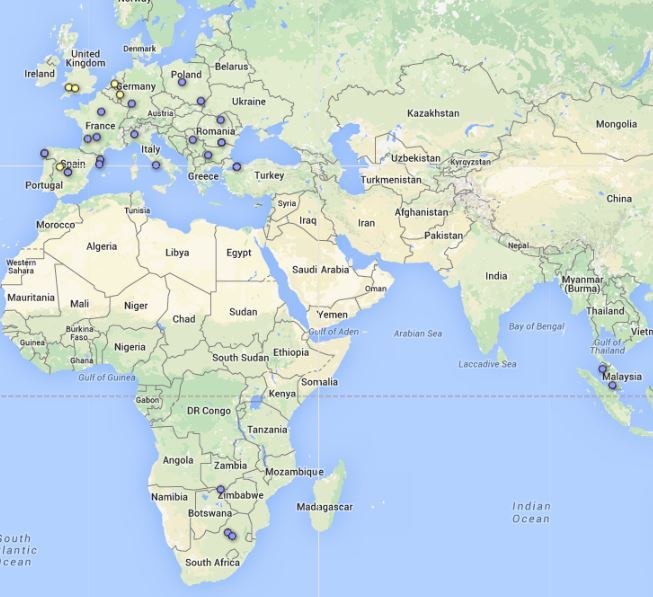 Thanks to the European Geosciences Union funding I’m a Geoscientist. For the latest updates on the event, follow @ImAGeoscientist, and @EuroGeosciences on Twitter.

Let’s take a look at the schools and scientists taking part this March in the 2015 Zone!

“I make computer simulations of very old climates (when the Earth was warmer and wetter than today) then I go on research ships to study ocean currents and in the field to look at lots of rocks.”

“I’m trying to understand the earthquake history of a remote oasis in the Gobi Desert!”

“I am looking at rocks taken from 300 meters underground in the Southwest of Spain to figure out how, six million years ago, a change in climate and in water flow between the Atlantic Ocean and the Mediterranean Sea caused a huge layer of salt of 1 km thick.”

Daniel Pastor Galán | Postdoc at University of Ultrecht, The Netherlands

“Pangaea, the greatest of the continents formed about 300 million years ago, why? how? This is what I try to discover!”

“I am a lecturer in Geology and Physical Geography at Swansea University. I have worked on active volcanoes in Iceland including during the 2010 eruption of Eyjafjallajokull!”